Dr Ajay Kapadia had an interest in the medical field from a young age and wanted to do something that had the potential to benefit those around him. Dentistry was a natural choice, providing the perfect blend of patient care and 'hands on' experience. After almost a decade operating in older practices, the time was right for him to create a working environment that was uniquely his own.

“Developing my own practice was something I always wanted to do. Early on in my career I had thought that I may take over a developed practice, but as time passed I realised that if I had the opportunity to develop my own practice I could have the ideal environment for myself, my staff and my patients.”

Ajay had been operating from a practice in Ashwood, Victoria when the opportunity arose to purchase a corner block nearby with great street exposure and the potential for ample car parking space. Following a considered assessment of the site, he made the decision to purchase and began implementing plans for the development of his new practice.

In the early stages of the project, Ajay spoke with a local architect and another well known dental design company, but the responses he received from his initial enquiries were disappointing. By contrast, Medifit were prompt with their follow up, had some great ideas and were subsequently appointed to help realise Ajay's vision.

Ajay's first introduction to Medifit took place at a trade show 6 years ago. Having followed the company's work over a number of years, Ajay had some knowledge of the type of projects the company was known for. The experience and personal approach offered by Medifit, particularly Managing Director Sam Koranis, provided a point of difference and the Medifit team were engaged for the project.

From the very first meetings it was clear to Medifit that Ajay had a distinct vision for his new practice.

He wanted the practice to be an architecturally attractive, environmentally friendly and welcoming building. It needed to be operationally efficient, easy to navigate and spacious.

It must also allow for the provision of a high standard of dentistry in surroundings comfortable for staff and patients.

Starting with what is effectively a blank slate can be a daunting prospect. Through a series of meetings and conversations, Ajay was taken through the Medifit design process. This process distilled his ideas and thoughts about the look and feel, the desired functionality and the future plans for the proposed practice into design concepts and working drawings. The dream practice that had only existed in Ajay's head began to take form.

Medifit's Managing Director Sam Koranis says “It was a pleasure to deal with a client who had such a definitive vision for his practice, both from an architectural and and interior design perspective. Medifit's design and architectural teams were able to turn this vision into a practical reality”

The Medifit architectural team produced several sketch plans for discussion. These were refined into architectural concepts and presented to council for the necessary approvals.

“Medifit managed to translate our personal thoughts and ideas about the building into designs very well.”

Once the required council approvals were obtained, the project lifecycle from the start of construction to practical completion was just over 5 months. Medifit's experienced trades networks, project managers and contract administration team worked seamlessly on site and behind the scenes to deliver the project on time and within budget. The resulting structure is an impressive architectural creation that delivers on all of the desired objectives.

From the exterior, the building offers compelling and distinct elevations from all four sides. A sweeping curved wall on the first floor is glazed in full height viridian glass, providing plenty of natural light while offering privacy for the occupants. Subtle tones of blue and grey are contrasted with vibrant flashes of sun kissed orange trims.

Coloured glass is used extensively in the exterior, lending the structure a unique architectural quality and visual signature. A dramatic canopy shelters and protects the balcony while raking up towards the sky in a bold statement.

At ground level, the front entrance of the building welcomes patients with a glazed doorway framed in orange, leading through to the reception and waiting areas. Rich, dark, earthly hues give the space a cosy atmosphere without closing it in. The waiting area seats 12 patients in comfort.

The reception desk echoes the curves in the flooring inlays, leading patients down the walkway to the treatment rooms. The wall colours down the hallway in burgundy and neutral greys offer visual stimulation while the numbered white doorways identify the rooms beyond.

Moving into the surgeries and treatment rooms, the walls are coloured in a warm grey with cabinetry a striking medicinal white. The surgeries are purposefully light to both highlight the natural light and provide a clean, modern aesthetic. The corian counter tops give an attractive, easy care finish that is both extremely hard wearing and easy to clean and maintain.

The surgeries have been expertly space planned to allow for current state of the art equipment, with allowances for future expansion as new technologies are introduced and adopted in dentistry. The working styles and ergonomic requirements of each practitioner have also been taken into account in the positioning of chairs and cabinetry to provide the most productive and comfortable working environment possible.

The benefits to both Ajay and his staff are clear. Ajay says “The staff are much happier in their new surroundings, which has consequently resulted in an increase in their motivation and staff morale.”

“Throughout the project, Medifit were always personable and friendly. We were welcome to visit the site at any stage of the construction, and the foreman was always willing to answer any questions or concerns we had. I found the entire Medifit team professional and accommodating. I have no hesitation in recommending Medifit to anyone looking to build a practice.”

Sam Koranis adds “Ajay's project is a standout for Medifit, not only as a stunning architecturally designed practice, but as an example of the effectiveness of Medifit's design and architectural processes and our willingness to work collaboratively with our clients for the best results.” 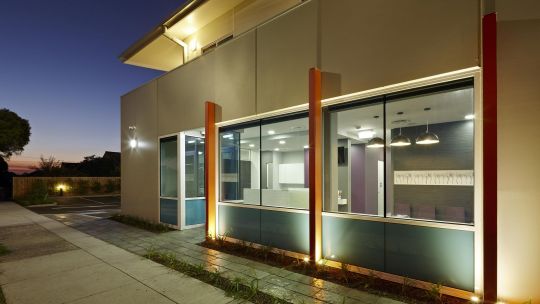 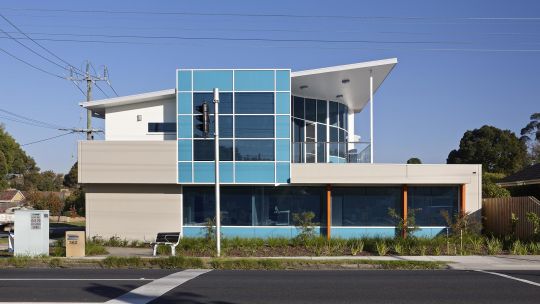 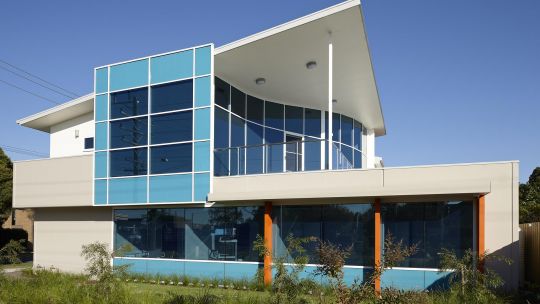 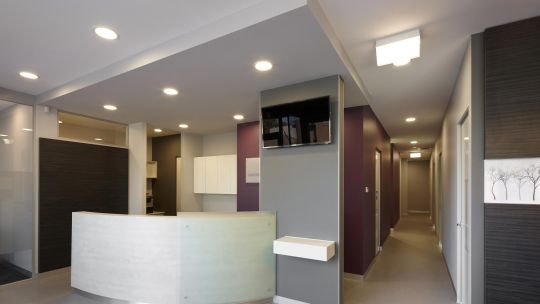 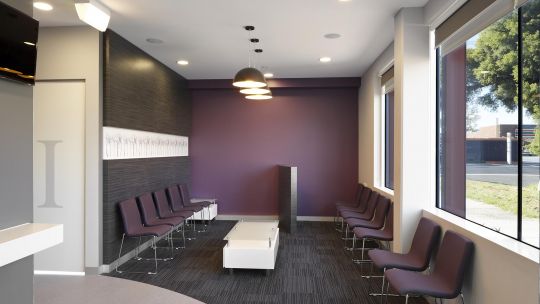 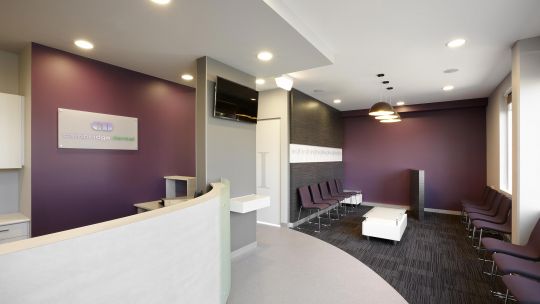 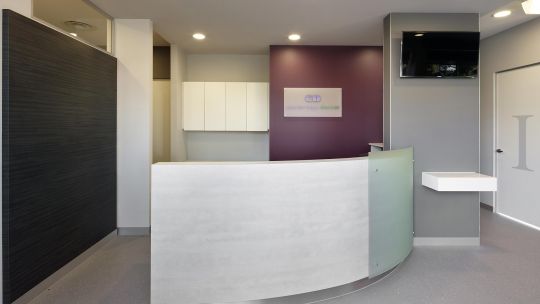 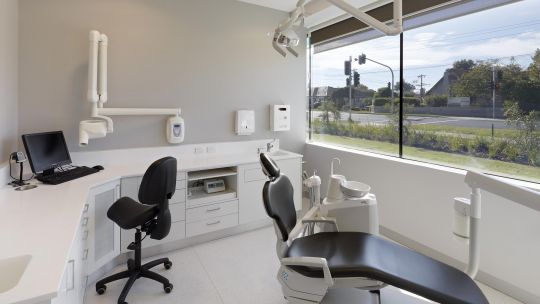 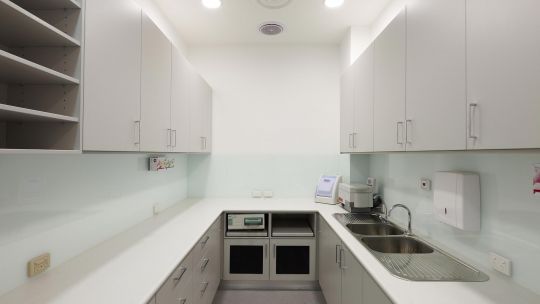 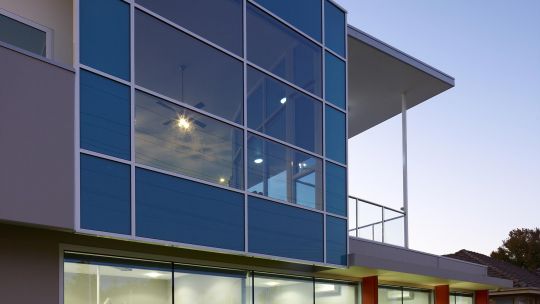 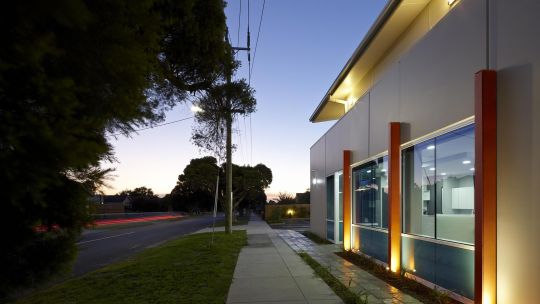 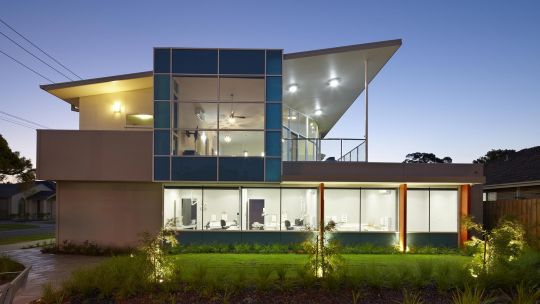 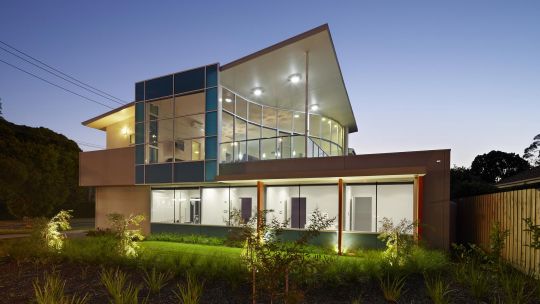